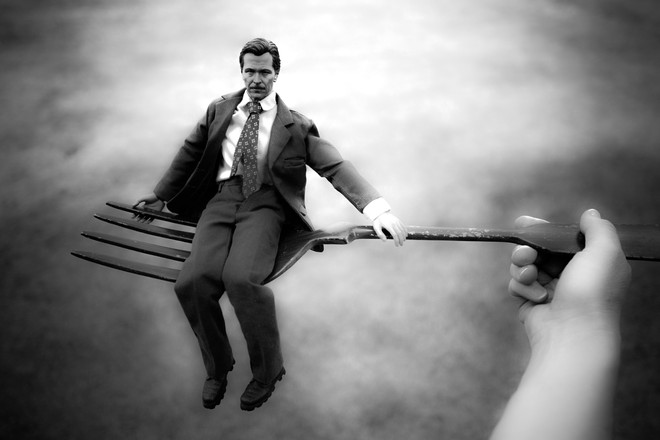 Statement of Intent
This website is an art project that documents what remains of my journey through life. Actually, it's been more of a stumbling. So much mystery. So many questions that will never be answered. I have curiosity, yes, but darkness follows thirty paces behind like a lost scared dog and lingers like thick fog.

Portraits
Gazing at portraits gives you an opportunity to stare unabashedly at a stranger for as long as you like. Something you can't do on the street without being labeled a creep.

Vision
Nostalgia shapes my artistic vision. The inspiration for my photographic images is film noir of the '40s and '50s. Film noir provides a doorway to a dark, pessimistic and fatalistic world. For needed levity, I'm also inspired by the British spy genre of the '60s. The spy genre echoes the paranoia of film noir, but brings humor and camp to the table. My goal is to include all these elements in my portrait photography.

And
I am also interested in society's fascination with the human face and form. I am drawn to manufactured objects that represent the human form: mannequins, dolls, armatures, phrenology heads, wooden artists figures, etc.

It will be no surprise, then, to learn that the models in my images are 12" action figures.

Thoughts on Action Figures
Action figures should not be bound by the costumes they were boxed in. They should be allowed to shed those manufactured identities and be given the opportunity to express their own true unique selves. They may have something to tell us.

What's Wrong With Flesh and Blood Models?
Nothing, I used to shoot with live models. It's just that action figures are easier to dress and style, their wardrobe being more portable. They pose for hours in grueling conditions without complaint. The downside: They often lose hands and headwear on location shoots. Careless. Though I do like the idea of someone, years later, finding one of these random artifacts in the desert or forest and wondering how on earth it got there.

The Psyche's Veneer
You can't exorcise the dark bits of your soul, but you can let them speak, tell a story, which affords them some ease. See Fragments: Stills & Stories.